Tory MP Sir Roger Gale has “slammed cannabis seed sales” according to his Kentish constituency’s local paper The Isle of Thanet Gazette. The elderly, veteran backbencher told ITV on July 3rd that “The law does not seem to know what it’s doing. I am assuming that people are buying seeds for cultivation, they’re not feeding pigeons, are they? If people are buying cannabis seeds, they are buying them to cultivate cannabis and that process is illegal.”

But would Sir Roger Gale really like to see sales of cannabis seeds banned?

Perhaps he had better take a step back and have a good look at the evidence first—especially if, as he says, he wants the law “to know what it’s doing.”

Banning seed sales would have an array of potential undesirable consequences, not least of which is the lucrative underground market it would foster in ‘clones’. This term is cannabis grower jargon for what gardeners of the Alan Titchmarsh variety prefer to call ‘cuttings’.

In modern cannabis cultivation, these cuttings are typically taken from plants that have been selected for their exceptionally high THC content. This simple process of selection is the key horticultural technique that lies behind the rise in potency seen in cannabis in the UK over the last couple of decades. When grown from seed, cannabis plants may be potent or mild depending on a roll of the genetic dice of whichever strain is being grown. But with clone growing every plant is genetically identical—and every plant can thus, if so desired, be absurdly high in THC.

If Teresa May follows up on Sir Roger’s call then expect the typical potency of cannabis in the UK to do yet another big leap, just as it did around the turn of the century when the market shifted rapidly from traditional imported Moroccan hashish to modern intensively bred hybrids—for which ‘sinsemilla’ was the scientists’ chosen term, though for obvious reasons the politicians and hacks preferred ‘skunk’. So-called skunk—a rarity in the early ’90s—at the time of writing accounts for at very least 70% of cannabis consumed in the UK.

The staple of British smokers for years, Moroccan ‘hash’ still made up the bulk of police finds in 2002, with skunk accounting for roughly 30%. By the time of the Home Office Cannabis Potency Study 2008, when 2,921 samples from street busts were sent in to the FSS by police forces around the country, hash had dropped to just 15% of seizures, and skunk was pushing 80%. 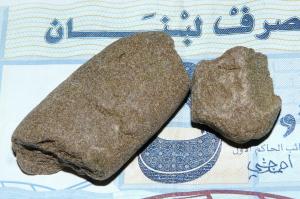 ‘The latest data from the Forensic Science Service Ltd (FSS)’, in the words of James Brokenshire MP,  ‘show that the average tetrahydrocannabinol (THC) content of mature flowering tops from plants, otherwise known as sinsemilla, seized and submitted to the FSS from the 1 January 2008 to the present day [2011] was 14.0%. By comparison, during the same period, the average THC content of traditional imported cannabis and cannabis resin was 12.5% and 5.5% respectively’.

Although 14% THC may be more than twice the potency of shoddy old Moroccan hash, it is in fact not dramatically strong as cannabis goes. The government’s own figures indicate that is only a fraction more potent than the average 12.5% of imported traditional ‘grass’. This suggests that the hysteria around skunk rests on somewhat flimsy ground. It also shows that there is still plenty of room for UK bud to get stronger. Even back in the mid ’70s, the earlier incarnation of today’s FSS, the Laboratory of the Government Chemist, was reporting seized Thai cannabis measuring at comparable levels, the highest at 17% THC. Exceptionally potent modern hybrids such Neville’s Haze or White Widow are capable of passing the 20% THC mark, with some breeders claiming to have bred strains with up to 25% THC. There are likely to be a number of reasons why the average potency of cultivated hybrid cannabis in the UK is not already higher than 14%. One is that a lot of it is grown by gangs with little interest in the quality of the product—early harvests, poor quality strains, bad growing conditions, and so on. But another is that an equally significant slice of the UK’s bud is being grown by hobby growers for home consumption—from seeds.

Search online for local hydroponics stores and you will see for yourself how hobby growing—small scale personal home cannabis cultivation in wardrobes, lofts and spare bedrooms—continues to boom in the UK. Along with the multiplying stores and sites specializing in home cultivation equipment, a large number of online ‘seedbanks’ offer cannabis strains from a vast array of different professional breeders. Evidence suggests that the home hobby grower phenomenon is even pushing organised criminal gangs from Vietnam and China out of the game—argualy a classically British victory, with the man pottering about in this shed (or loft, or “grow ‘drobe’) triumphing over sinister forces such as oriental crime networks. Sadly though, this doesn’t seem to have stopped the police turning their attention to busting hobby growers. In fact, a notable irony here is that Sir Roger Gale’s region of Kent was recently the scene of controversy when police officers were found to be boosting arrest numbers by going after cannabis, and ignoring more serious crimes.

Shutting down the UK based websites that retail cannabis seeds will have a number of consequences, but stopping small scale home growing or forcing the breeders and seedbanks out of business, will not be among them. Instead, it will force these sites to move their base of operation elsewhere—most likely to Spain or the Netherlands. Seeds will continue to find their way to the UK, as do countless other prohibited items. No doubt for UK growers placing an order online will become more risky, raising the prospect of a knock on the door from a police officer with their parcel in his hand. But indoor cultivation is now so firmly established in the UK that a ban on seeds will more than likely foster the rapid growth of the nascent underground market in ‘clones’—cuttings of exceptionally potent cannabis plants. And it’s hard to see how, with a sudden new influx of money and competition, a market like this could avoid becoming ‘gangsterized’.

History shows us how heavier prohibition leads to an increase in potency. This happened with alcohol in America when beer was eclipsed by spirits. The same has already happened once with cannabis here in the UK when average strengths doubled in the space of just a decade with the shift to indoor growing. And there is still room for one more big jump to the +20% THC level. Sir Roger Gale seems game for that—and there are no doubt some consumers who fancy the idea of a Britain where bud is almost always mind-blowingly strong. But Cameron, like Brown before him, has been pushing a politically expedient line on skunk and schizophrenia since he came to power, as if mental health concerns were ever a sound reason for persisting with prohibition.

So, we can only wonder, are these ironies lost on Sir Roger Gale and our leaders at Westminster? This week’s ban on khat leaves little reason for optimism.

Despite all the preaching about the dangers of skunk, few people in the UK could even find access to the milder traditional forms of cannabis such as hashish and grass if they wanted to: delights such as Swazi Red, hand rubbed Himalayan charas, or real Mazar-i-Sharif garda are, for British smokers who have even heard of them, by and large a thing of the past. Traditional hashish is rich in a cannabinoid called CBD which, as Professor Robin Murray himself points out, appears to have strong anti-psychotic properties. But the idea that any of the three major political parties at Westminster might follow the logic of their rhetoric on skunk and provide the public safe access to CBD-rich cannabis, as can now be enjoyed by the citizens of Colorado or Washington, is obviously beyond a joke.

So in another of these tortured ironies, it is in fact the seed business which has begun to bring Murray’s anti-psychotic CBD back into the British market. The talents of Mr Nice Seeds and Resin Seeds have combined to create an organization called CBD Crew and have already created strains with a consistent 1:1 ratio of THC to CBD. The Real Seed Company offers traditional charas and hashish strain seeds, which can produce sieved or hand-rubbed resin rich in CBD. And with barriers to research breaking down in some regions of the world, it seems that every week new evidence is published demonstrating the astonishing medicinal properties of these cannabinoids. Perhaps the most exciting area is in oncology, where evidence continues to accumulate that CBD and other cannabinoids have powerful anti-tumour properties.

But this news is seldom heard against the endless refrain that cannabis is, in the words of Peter Hitchens, a ‘terrifying brain poison’, and that—to quote Libby Purves—’its mind destroying effects can no longer be denied’. Cannabis induced schizophrenia has already been elevated to the status of unquestioned fact by a section of the British establishment. Yet take a cursory glance at Stronger evidence is needed before accepting that cannabis plays an important role in the aetiology of schizophrenia in the population, a January 2013 paper from a group of experts at the universities of Bristol and Cardiff which analyses all research to date, including Murray’s, and you will see that this assertion made by Purves and others is far from true. Regardless of what position you take on cannabis and mental health, the fact that it is the seed industry which is steering British cannabis culture back towards these allegedly safer CBD rich strains will make Sir Roger Gale’s proposed ban on seed sales all the more wrong-headed and absurd.

Does that mean the Tory led coalition won’t go ahead with a ban anyway?

Originally posted on the NORML UK blog on 6th July 2013.