A couple of responses to the recent post about charas have objected that it’s unreasonably harsh on Clarke and Merlin or even misrepresents what they wrote. So I’ve made a few changes aimed at removing any potential for misunderstanding. Clarke and Merlin use the names charas and hashish interchangeably to refer to resin but state that ‘Charas refers more accurately to resin collected by hand-rubbing the ﬂowers of living or freshly harvested plants.’ They strongly imply that they believe the name originates in ‘Hindu India’ (their phrase), and that this is because the etymological root of the term goes back to Sanskrit.

I’ve tried to explain as best I can why this is likely to be wrong on several counts. One reason for the authors’ error could be that they were aiming to tailor the terms according to the misunderstandings of their predominantly Western audience (ie. charas, hand-rubbed only; hashish, sieved more properly). Clearly, the problem with that would be that ethnobotany should not be about catering to the mistaken beliefs of your readers. But it’s unlikely that’s what was going on. They seem to have simply made a genuine mistake, and in the context of ethnobotany a pretty serious one in the way it obscures the crucial role of Islam in this chapter of the history of cannabis culture.

To be clear, the slim possibility can’t be excluded that the metonym charas was indeed coined in India. But, if so, then the circumstantial evidence would be overwhelming that this occurred in the medieval Muslim period in the context of qalandars, Afghans, and Turkestanis importing and popularizing Khorasani cannabis culture. Everything points to Islam and Khorasan, and to the name charas originating with sieved resin. 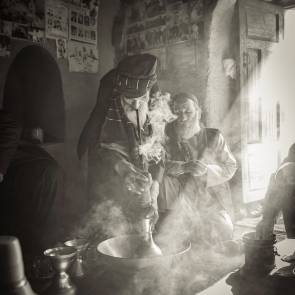 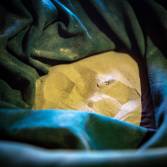 For more photos from a recent trip to Afghanistan’s cannabis heartland, Balkh, take a look here.

p.s. And on it goes; so, to clarify this clarification:

Among consumers in the West there’s a misconception that charas refers only to hand-rubbed resin, and among a significant portion also that it’s more appropriate to use the term hashish to refer to sieved resin. In a sense, the two misconceptions go hand in hand. This same misunderstanding is strongly implied in the quote from Clarke (‘the proper Arabic term’ – it’s ambiguous what ‘proper’ relates to, but ‘term’ seems more likely than ‘Arabic’).

But, ironically, charas is the name that from an ethnobotanical and historical perspective has the stronger association with sieved resin. Hashish originates as a general term akin to bhang or cannabis, referring to the plant and its preparations, including coarse herbal material, confections, and resin. Charas only ever refers to resin.

UPDATE: The Afghanistan charas Olympics has been inaugrated!