I just had a look at the first n pages of Google for ‘cannabis landraces’. What an apocalyptic tidal wave of nonsense. Landraces are getting hit by as much misinformation and disinformation as they are hybrid pollen.

Debating history with Chris Bennett, the Soma Solution guy, who’s just published a new book on pot and alchemy, it occurred to me: the Real Seed Co blog operates on alchemical principles. Take some crap someone somewhere has said or written about Cannabis and refine it into golden insights…. Or not. Futile ravings at the unending mountains of drivel that get published about this plant might be closer to the truth. But without a time-machine to transport us back to Hippie Trail-era Kathmandu or San Francisco, this blog will have to do…. Sorry, dudes, it’s your karma too….

The confusion about landraces right now is extreme. There’s the mistaken belief they’re wild. There’s the fact a lot of enthusiasts can’t yet tell a real landrace from a modern hybrid—plant or product. There are the money-grubbing grifters and egotists who don’t give a damn either way and just spin crap for profit. And there are the nostalgic old-timers, a few of who prefer to believe landraces have vanished, be it from Thailand or Afghanistan, never mind the evidence that proves otherwise.

But let’s start with this term ‘landraces’, which has become the unfortunate popular jargon for traditional cultigens. It’s enough that in our era there are smokers who are Nazis. Now you can’t even speak about these plants without sounding like Himmler yourself. Landraces! …should I salute? Various authoritative dictionaries state this unappealing word originated among Danish hog breeders of the 1930s. Along with the stink of pigsties, it certainly brings with it all the dark resonances of that godforsaken era. Its application to crops in fact dates to at least the 1890s. Regardless, it’s today’s word of choice for distinguishing modern hybrids like Skunk No.1 from the region-specific traditional domesticates that produce old favourites like Afghan hashish, Nepali charas, or Thai ganja. I’d sooner say old-school Cannabis or traditional Cannabis. But, for now at least, landraces it is.

You don’t need me to tell you the last year or so has seen a rush of interest in these foundational plants—you’re here already, deep in the hinterlands of the cannabis Internet. But increase in interest is one thing, increase in understanding altogether another. In 2019, Quicksilver Messenger Service might as well be a life-changing smartphone app, not the band beloved of the original Californian pot smugglers and breeders of the ’60s, the outlaws in whose hands Thai and Afghan landraces began their Frankensteinesque transformation into today’s dope hybrids.

There’s a weird bogus version of how all that went. It starts with this wrongheaded notion that landraces are wild. Picture the Hippie Trail in reverse. In this bizarre myth, the hippies showed the Afghans how to create domesticated pot. Before that the Afghans were sowing seeds from wild plants. No, really. Worse still, the ‘sinsemilla technique’ was, I quote, ‘a Californian innovation’ taught to the Thais. In other words, at its most hardcore, this is the idea that today’s global cannabis culture started in the ’60s with the white man enlightening ‘the natives’ about how to breed hashplants and grow sensi.

Landraces are not wild plants. Far from it. All fine traditional pot is produced from domesticated Cannabis. Domestication means farmers selecting plants for desired traits such as potency and aroma, and specific purposes, be it bud (ganja) or resin (charas). For landraces, this process of artificial selection has being going on for generations, and in regions such as Afghanistan or Nepal, for millennia, long before the hippies came along. In the unlikely event that you’re an old-timer who got to India before Allen Ginsberg, history’s original cannabis farmers are still old enough to be your great-great-great-great-great-great-grand-momma and then some.

High-grade ganja and charas didn’t just happen naturally. They’re a coproduction by nature and humanity. Traditional selection is significantly less intensive than that received by modern hybrids, which owe their qualities to so-called ‘cloning’. But it absolutely is artificial selection, a conscious or unconscious direction by human desire and attention.

Let’s start with ganja, which means seedless or semi-seedless bud. Sinsemilla is an Asian innovation, most likely from tropical or subtropical India. Smoke some good Thai. Look at the cannabinoid profile of a standout first-generation plant from South India. Farmers and smokers in traditional ganja-growing regions know how to work a strain. You keep the seeds from the year’s best buds to sow next season. That’s it. Artificial selection. Domestication. These are plants intended for use as flowering tops. That’s why good Manipuri or Lao ganja has those compelling scents and flavours. Why when you smoke it, it sends you to the moon.

In the Himalaya or Hindu Kush, the picture is slightly different. The selective pressure on a plant purposed for resin production is less intensive. Search through a crop of a ganja landrace, and if it’s any good, it won’t take you long to a find a plant with double-digits THC. But the same hunt through a strain straight from Afghanistan or Lebanon, a first-generation resin landrace, will take you a while, unless you’re very lucky. In Lebanese landraces, some individual plants will be high in CBD with little or no THC. Others will be balanced, but still with THC seldom out of the single-digits. A potent old-school hashplant requires time to track down and several generations to develop. But let’s be clear: this claim that the Afghans were cultivating wild weed is plain nonsense.

Nikolai Vavilov, the Russian genius of genetics, botany, and much more…

Vavilov’s account of his 1924 Afghanistan expedition, on which he authored the ‘afghanica’ taxon and documented Turkestani landraces.

Charas farming in Afghanistan goes back at very least least eight centuries, and likely far longer. Look at the reports from Nikolai Vavilov, the Russian genius who described north Afghan and other Turkestani strains in the 1920s. Decades before the Baby Boomers graced this earth, the crop showed key indicators of domestication: sizeable seeds and large leaves with notably long leaflets. Wild Cannabis would exhibit exactly the opposite characteristics, namely the hardy adaptive traits of small leaf area and small seeds with elongated bases. Fact is, Afghan landraces have been selected to yield copious resin and pungent, transfixing aromas. They’ve clearly been worked for potency too, some more than others.

This goes even for jungli, the wild-type South Asian Cannabis famed for Himalayan hand-rubbed resin. In practice, good jungli is wild in name only. The best jungli charas comes from stands found nearby fields of the best domesticated charas plants, either in time or space. Chandrakani Pass is famed among jungli connoisseurs. No surprise, it’s surrounded by the top charas villages of Parvati and Kullu valleys. In reality, this is what botanists call a crop–weed complex, a spectrum with domesticated populations at one end and ruderal at the other, swapping and reswapping pollen. The finer qualities of resin from jungli plants are down to desirable traits inherited from their pampered cousins—in other words, artificial selection. If you doubt that, try resin from wild-type stands in an area where there’s no history of cultivation. 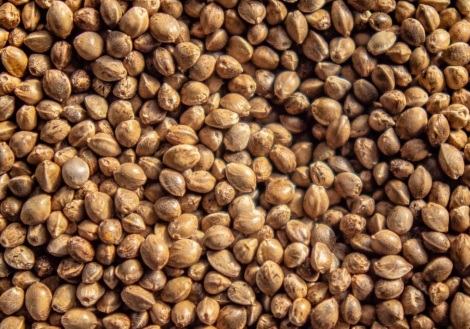 Cannabis is what’s called a cultigen, in the sense of a crop for which there’s no identified wild ancestor. Vavilov realized this back in the ’20s. Throughout its Eurasian homeland, all uncultivated populations of Cannabis have been affected by their domesticated relatives, innevitably. There’s a genetic continuum, domesticated to ‘wild’. A true primeval ancestor is yet to be found and likely never will. In this sense—the sense posited by Clarke and Merlin—Cannabis ruderalis has to date only existed as a putative origin species, a hypothesis, an idea. Bottom line: ganja and charas landraces are traditional domesticates cultivated by traditional methods. I’ll come back to the question of modern hybrids and heirlooms later. But this, I hope, puts to bed the notion that landraces are wild. 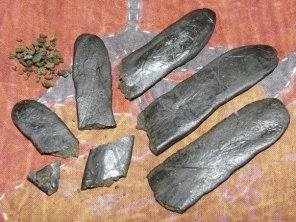 It won’t, of course.